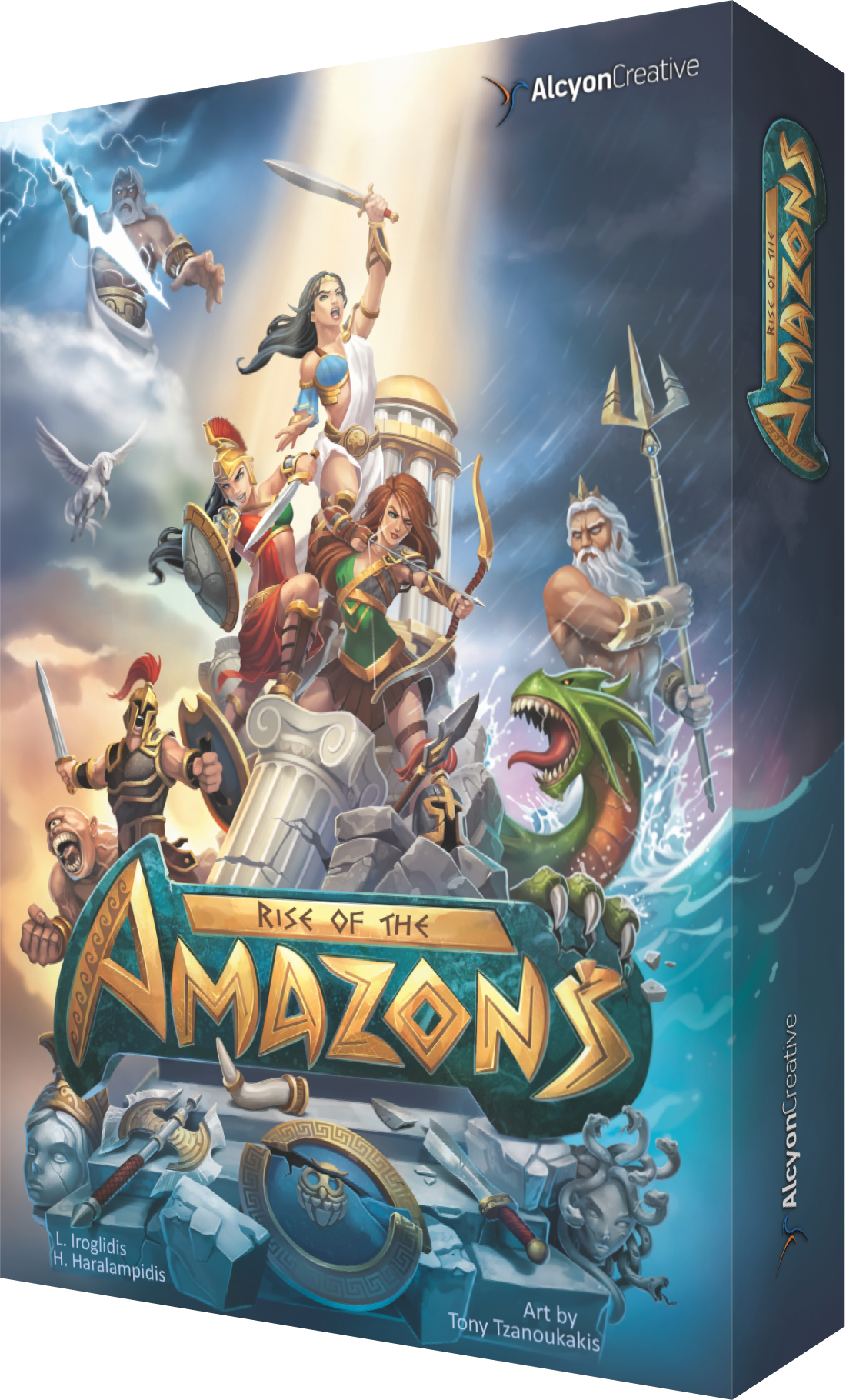 Rise Of The Amazons

This is the Kickstarter version of the game with all unlocked stretch goals included.

A game for 1-4 players. The players take up the role of one of the Amazons below, featuring different classes, characteristics and favorite gods:

Along with the help of other Amazons with different abilities (Antiope, Melanippe, Themiskyra, Semiramis, Atalante and others), they try to dominate the ancient world facing heroes such as Hercules and Achilles, as well as monsters like Cerberus, Echidna, Typhon, Medusa and Chimaera; all that while the curse of the gods of Olympus strikes!

The game lasts 3 long rounds, and every round the Amazons have a total of 11 or 10 or 9 action points to use, in order to do 8 actions, naming a few:
Attack: clear an area from an event
Move: Move to an adjacent area of the map
Visit (temple, barrack, port): Each building has a different effect.
Flag: Place your flag on a cleared area, placing toll for anyone that passes by.
Sacrifice: Get the help of one of the 4 friendly gods, in your way for world domination (Artemis, Cybele, Athena, Ares).
Amazonomachy, Supply.

At the end of the 3 rounds, the Amazon that reaches the highest amount of Victory Points, is proclaimed Queen of the Amazons and wins the game.