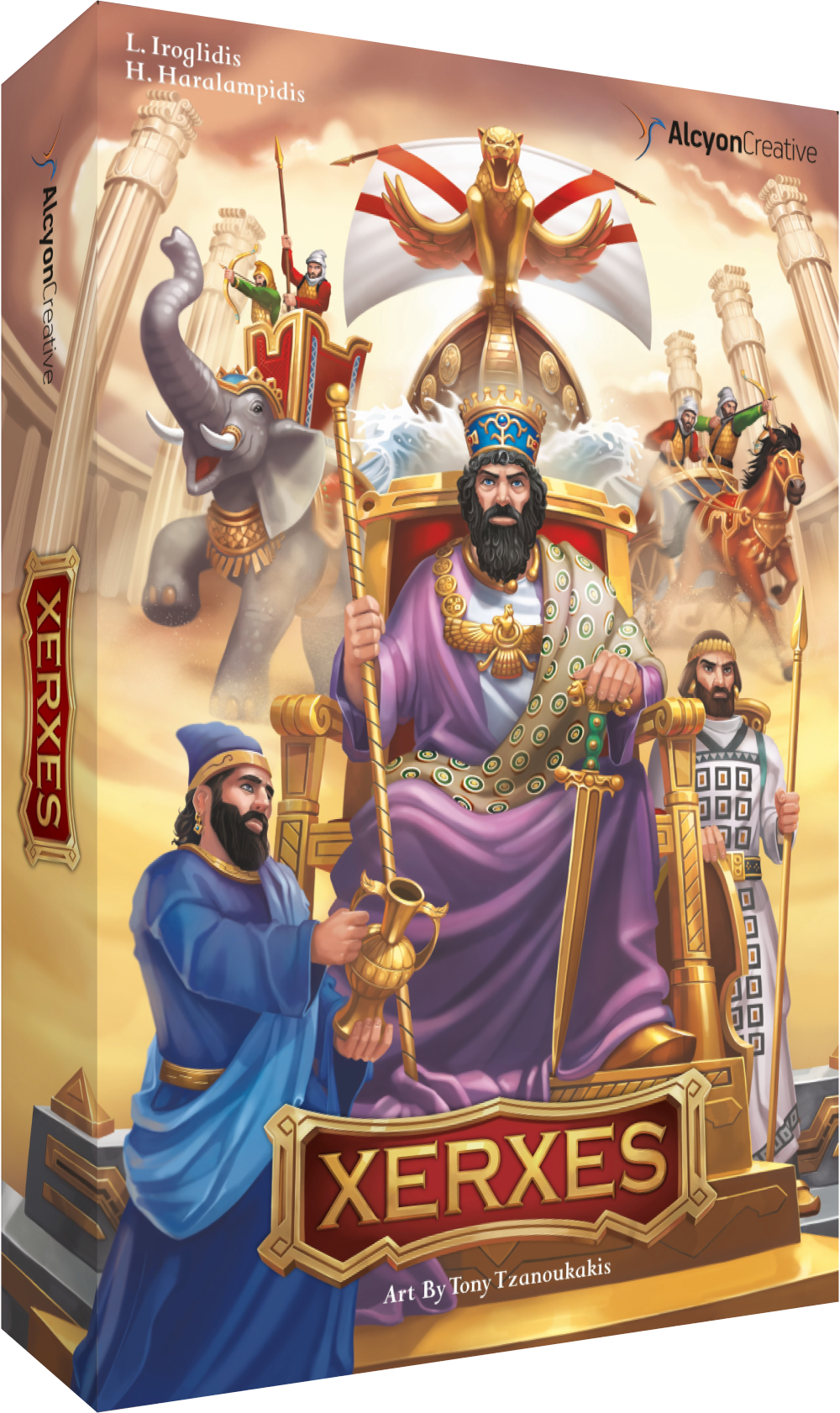 This is the Kickstarter version of the game with all unlocked stretch goals included.

Xerxes (519–465 BC), son of Darius I and Atossa. During his and his father’s reign, he ruled the largest Empire humanity has ever seen by that time. Achaemenid Empire was divided into satrapies and each satrapy was governed by one peripheral leader, the Satrap. There were more than 24 satrapies around that period and the Satraps followed direct orders from Xerxes himself.

OBJECTIVE OF THE GAME

In this resource management game, each player assumes the role of one Satrap, each with his own area, special ability and characteristics. Every turn the players are trying to collect resources for taxes, construct buildings or launch campaigns.The player has a number of Tax and Campaign cards to resolve in order to satisfy Xerxes and earn his favor (counted as Victory Points).

The player that reaches 25 Victory Points earns the favor of Xerxes and wins the game; alternatively, the one with the most Victory Points at the end of the 7th round.