We are a group of authors and board game designers aiming to publish games and  based in Fantasy, Mythology, Historical and Sci-Fi themes but also fun and all around party games.

In 2015 we published our debut board game, titled “Argonauts” which got funded through Kickstarter. It’s the long journey of Jason and his heroes in the search for the Golden Fleece in a tactical cooperative board game for 1 to 5 players. A second edition was funded on March 2018 and is expected to released on November 2018

In 2016 we released our second game , “Deus Ex Machina” also funded through Kickstarter. A competitive game for 2-4 players inspired by the Greek Mythology.

In 2017 we released “Alexander’s Campaign”, a fast paced tactical and historical game.

Currently we have in development “Ironclad”  , a sci-fi campaign driven co-operative game which was funded through Kickstarter on November 2017  and is scheduled for release on November 2018.

On our shop you can also find “Gothic Invasion”, one of our designers’  previous game. A card driven war game depicting the Gothic Wars from 377 to 382 A.D.

Learn More About Us 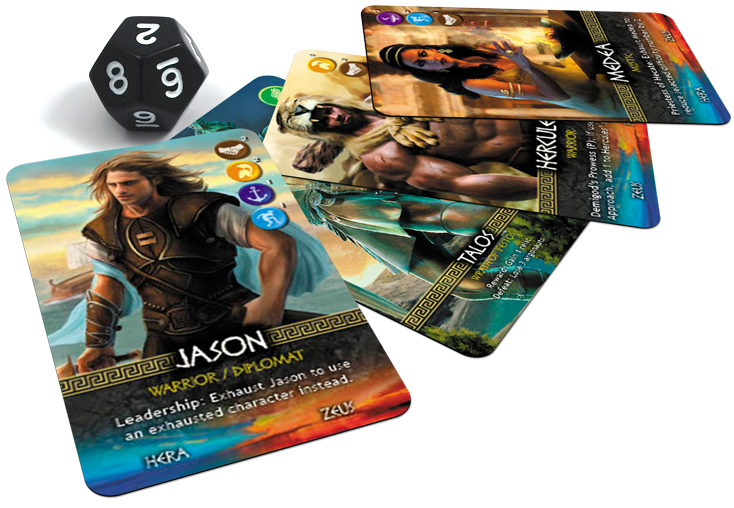